Yesterday, I experienced the kind of coincidence that makes your eyes bug out a little bit. So naturally, I had to share it with you guys. I received my Amazon book order in the mail - "What Remains" by Carole Radziwill (I know, I know, I run a blog on Carolyn Bessette and I still haven't read this book ...) and "Gone Girl" by Gillian Flynn. 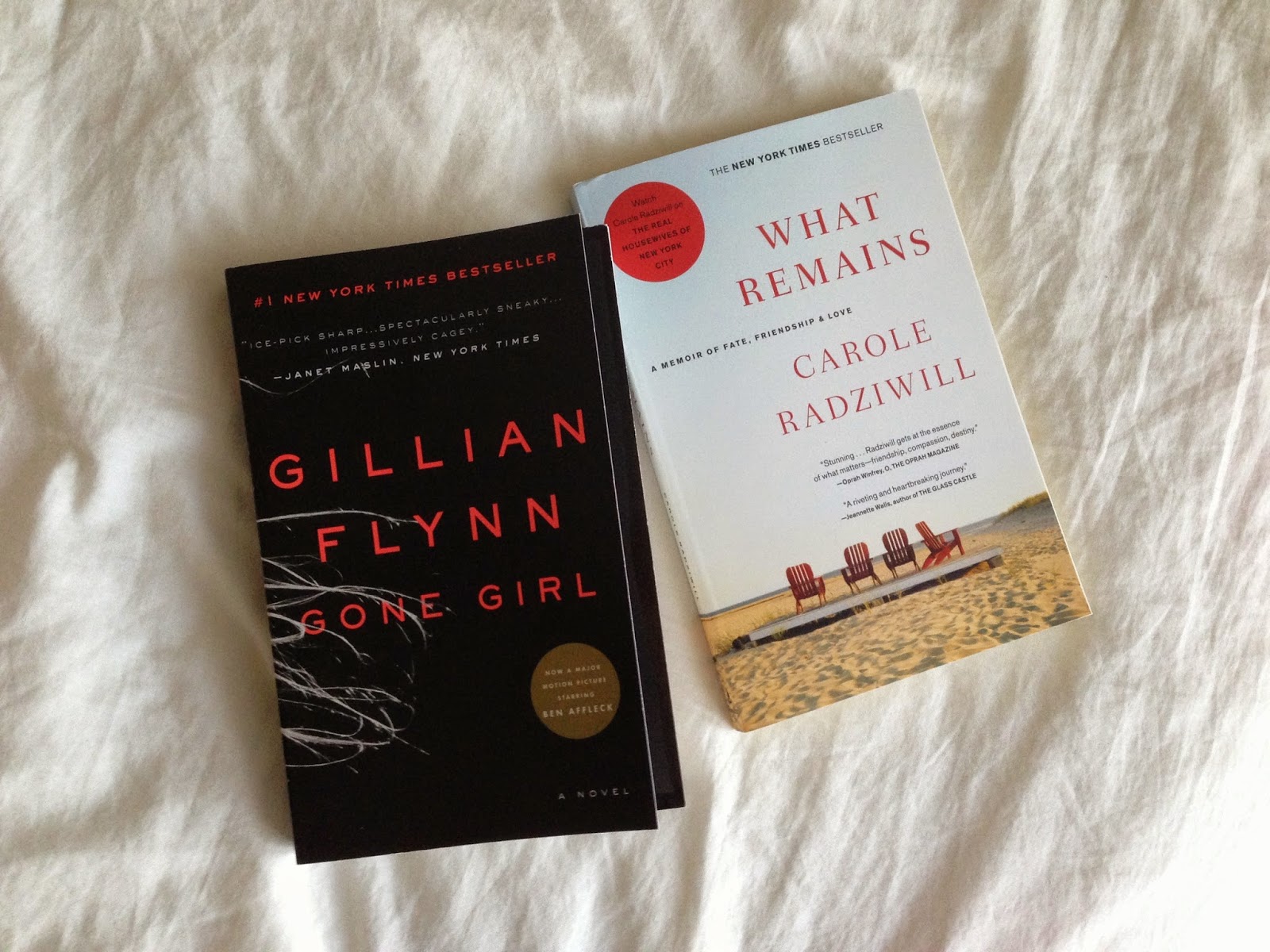 I've heard Flynn's book, and its runaway success, mentioned countless times this summer. The book is also being adapted into a film by David Fincher which is to be released this fall. Being one of Fincher's biggest fans, and wanting to join in on all the fun, the odds just added up - I had to read this book. Hence, Amazon order. And I figured I'd throw in "What Remains" because, well, you know.

Now, onto the weird part. Right after I got my order in I stumbled on to this article by Entertainment Weekly. I've been trying to avoid any articles on the book or film in fear of spoilers, but when I saw Carolyn's name mentioned in the article's title I had to read on.

Rosamund Pike, who plays Amy Dunne in Fincher's adaptation, gave a brief interview on the inspiration behind her role:

Moreover, Pike modeled Amy, at least in part, on Carolyn Bessette-Kennedy, the alluring but somehow unknowable wife of John F. Kennedy Jr., both of whom died in a plane crash in 1999.

“There’s not much out there about her. You never heard her speak,” Pike says [...] “You just see those pictures of her hiding her face. The way she moved—I used quite a lot of that body language and mood.”

“She’s the dream girl,” Pike continues. “That’s what Amy was for Nick. She’s the one you can’t get out of your head because she’s perfect.”

Isn't that a weird coincidence?! The two books I ordered with no connection ... but the day I receive them the actress in one of the most anticipated films of the year gives an interview mentioning CBK. Either way I kind of wanted to talk about the books and film because I'm so excited for all three. I've read enough of "Gone Girl" to say that Pike found a good inspiration in Carolyn.

I've added the trailer for the film, which I'm so excited about. What about you guys, have you read these books or are looking forward to the movie?