New Book : JFK Jr., George, and Me by Matt Berman

New book alert! It looks like we'll have another memoir to add to the already lengthy list of 'John and Carolyn' books. Matt Berman, once creative director of George magazine and close friend to John and Carolyn, is releasing a memoir entitled "JFK Jr., George, and Me". 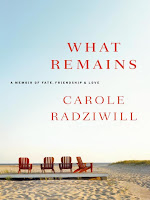 It looks like this book will run in the same vein as RoseMarie Terenzio's "Fairy Tale Interrupted" - a recollection of life working with and without John, mostly during their tenure at George magazine.

I've posted a little blurb on the book below:


As John Kennedy Jr.'s creative director for George magazine, Matt Berman had a wonderfully collaborative and fun-loving relationship with America's favorite son—his story is told here with unprecedented candor and wit. The Kennedys—their poise, the family secrets, and their grace in the face of unimaginable tragedies—have captured the imagination and interest of the public for more than fifty years. Now, colleague and friend of JFK Jr., Matt Berman, offers us a unique look at John's life as both a professional and “regular guy.”

When talented creative executive Matt Berman took a meeting with John Kennedy, Jr., in 1995, he was immediately hired to serve as George's creative director, thus beginning an unforgettable journey, both personal and professional. We follow Matt through his first days at the magazine as he navigated the choppy waters of what would be the most-talked-about magazine launch in history, helmed by a supremely confident and charming John. Wry and instantly likeable, Matt shares not only his own personal story of his relationship with John, but also valuable life and work lessons that he learned while working alongside him behind the scenes at George. But most importantly, through Matt's recollections, we see a John Kennedy that the public never got to know. Matt paints a vivid portrait of JFK Jr., that only a select few have ever seen, offering a touching and honest tribute to John's legacy.

The book is due to be released March 2014 (although publication dates are always up in the air) and is not long, at 288 pages. Strangely the e-book seems to have a release date of July 16 this year ... I don't know if that's a factual error but if it is true it's in pretty tacky taste.

From reading 'Fairy Tale Interrupted', Matt Berman was a close enough friend of Carolyn's so it'll be interesting to see if he'll write of any stories with her. Unfortunately I don't think we'll get to see any new pictures of C, seeing as how RoseMarie's book failed to deliver, and this book has a decidedly bigger focus on John.

I still find it curious that an art director of a long defunct magazine is getting his own book deal, and yet another former staffer of George magazine is penning a memoir in their early fifites ... but I guess it's the Kennedy factor. There will always be the ones who want to hear this story and I guess more people are coming forward to write it.

On another note I recently bought RoseMarie's book and am almost finished reading it. I'll be posting a review on it soon.
Posted by T at 1:47 PM